The ISO 9000 family of standard provides the framework and controls necessary to establish, implement, maintain and continually improve Quality Management System within an enterprise, big and small. ISO 9001 provides the specific requirements that an organization that wishes to meet the standard and get certified, must fulfil. This is the certifiable part of the standard. Third party Registrars (or Certifying Bodies) conduct independent audit and provide confirmation that an organization meets the requirements of the standard. This leads to the ISO/IEC 9001:2015 Certification.

What are the Requirements of ISO 9001:2015 Quality Management Systems

Provides a certifiably comprehensive framework for Information Security Management System throughout the scope of the organization where the framework has been adopted. It helps to implement true information security.

Gives management the peace of mind that organizational information security roles and responsibilities are properly defined, delegated, monitored and reviewed.

Demonstrates to all interested parties that the organization has robust information security governance framework and thereby showcases compliance with regulatory and contractual needs.

Provides your customers and vendors the confidence that their personal-data, and intellectual properties are being securely handled and maintained.

Provides all third parties the confidence that all exchange of information is secured.

What are the Requirements of ISO 9001:2015
Quality Management Systems

The requirements are separated in sections as follows:

Section 4: Context of the organization

The Standard follows the typical: Plan, Do, Check, Act cycle required by most Management Systems standards. The Certification Body (CB) typically audits against the requirements of Section 4 through Section 10. The sections 1 through 3 are not directly audited against because they provide context and definition for rest of the standard and not that of the organization.

International organization for Standardization (ISO) does not conduct audits and does not certify organizations themselves. The audit and the certification process is usually carried out by Certification Bodies (CB), separate independent organizations who conduct the audits against the standard and if the auditee is found to be compliant with the requirements of the standards, then the CB certifies them as ISO 9001;2015 organization. It is to be noted that although often the standard is commonly referred to as ISO 9000, the actual standard to which an organization’s Quality Management System is certified to is ISO 9001:2015.

An organization seeking certification under ISO 9001:2015, is typically audited based on samples of evidence collected and tested against the requirements of the standard. If all requirements are found to have been met, then the auditor recommends and CB issue the ISO 9001 Certificate. If however, the auditor finds that certain requirements are not met (either full, or partially, or not met in the way it is supposed to be met), then the auditor presents a list of problems, often defines as non-conformities, observations or opportunities for improvement. Once this is presented, the auditee, provides to the CB/Auditor a Corrective Action Report (CAR) showing how the problems will be resolved. Once the CB is satisfied that the corrective actions have been taken and the problems have been resolved, then they issue the certificate 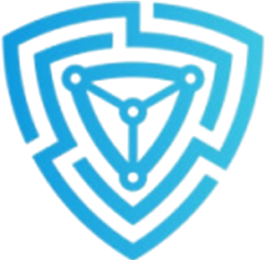